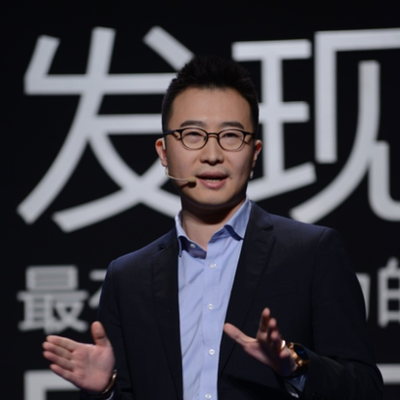 CaoYin 曹寅
Programmable cryptoart is destined to become a watershed in art history, because of this new form of expression and the cultural connotation behind it overthrows the artistic feudal system carefully constructed by the cultural world.

About the author: Cao Yin, Managing Director of the Digital Renaissance Foundation, has invested in and incubated multiple famous DeFi projects. He is a staunch supporter and researcher of digital art as well, hoping to reconcile rational DeFi and emotional cryptoart like Yin and Yang.

The author thanks Liu Jiaying for her comments.

Traditional art works have a boundary between creators and audiences. This boundary is like an infrared signal in front of a museum display, which is invisible but harsh, Although the art world always encourages audience to be closer to art creation in terms of perception and mind, but once an audience really crosses the boundary, he or she will be ridiculed by the harsh buzz of artists and critics and other audiences.

Although many new contemporary artists have been advocating secondary re-creation that encourages the audience to participate, there is no dialogue about the spiritual internalization of this so-called artistic experience. The artist pours his life’s emotions and thoughts into his works of art, and expects to resonate with the audience in both the material and non-material works, but in traditional forms of artistic expression, the artist has no way of knowing the audience’s real experience. Due to the lack of professional art training and expression skills, the audience is unable to externalize the emotional experience that may have been internalized into language to communicate with artists and other audiences, As a result, in the traditional art creation process, artists are generally lonely and self-respecting and stagnant, which severely limits the creativity of artists and makes the expressiveness of artworks appear superficial or even ridiculous.

Although with the rise of digital art, artists are constantly trying to open up the boundaries of artistic expression through various digital technologies and installations to create conditions and atmosphere for dialogue between audiences and creators. For example, through sensors, the audience can display various actions and sounds on the scene to change the visual performance of the work through electronic signals. However, there are still many limitations to these interactive digital technologies for creation. The biggest limitation is that in this passive and interactive digital art creation, the audience is not so much an artist’s creative partner, but rather an artist’s creative object and material. The creator and owner of the artwork is still the artist.

The well-known conceptual artist Sol LeWitt practiced similar interactive creation in a non-digital way in the 1960s. In Sol’s representative work “Wall Painting” series, Sol provided a text version of the wall painting guide , and then the workers completed the specific wall painting according to the guide. However, the guide provided by Sol is very abstract. Generally, there are only a few text guide for visual elements to be created, such as color and shape. The specific spatial distance, size, and shape combination of the painting are drawn on the wall by the worker according to his understanding of the artwork.

After the painting is completed, Sol provides a signing certificate to prove that it is Sol’s work, but the names of the workers who paint on the wall one by one will not be recorded. In fact, it is the workers who endow these works with artistic soul. Workers incorporate their current creative understanding in the drawing process. The painting guide provided by Sol actually provides no more than a creative context in which the worker talks with himself. Each stroke and every stroke in the “Wall Painting” series is the re-creation of the worker’s internalized experience of the work in progress based on their own digestions. However, Sol’s monopoly on the ownership and naming rights of the work makes the real worker creator dwarfed and becomes a tool person no different from the brush, and Sol became the middleman and ruler of the true creator’s artistic inspiration, monopolizing the interpretation power of the work, not to mention the economic value and cultural influence of the work.

The vast majority of non-blockchain interactive digital artwork is essentially the same as Sol’s “Wall Painting” series. Although the audience is invited to participate in the artist’s creative process, for the artist, the audience is essentially a person who is instrumentalized, adding randomness to the artist ’s work in an indirect and controllable way, How much of the audience’s personal viewing experience and emotional impulses after internalization can be re-expressed as a new vocabulary of artistic creation in such an interactive process?

The emergence of programmable cryptoart has completely changed the previous Sol-style interactive art creation method and experience method. Automated smart contracts with multi-person participation provide a new interactive method for artistic creation. Thanks to the rich custom functions given by the smart contract and the encrypted key mechanism of the blockchain, the audience can join the artist’s creation in depth and in real time.

More importantly, unlike the Sol-style creation method, the audience who has the smart contract token has become a de facto as well as a nominally true art creator, and its ownership and copyright of the work can be embodied in the form of token forever in the blockchain without endorsement by the artist ’s signature.

The crypto artwork “First Supper” completed in March 2020 is a milestone work of programmable cryptoart. This painting is not a simple static picture, but a programmable artwork composed of 22 layers. The work was jointly launched by the cryptoart platform AsyncArt and 13 artists.

The main body of “First Supper” is a Master, and the master consists of 22 Layers. Master refers to the entire work, it includes a configuration file stored on IPFS, which mainly records the images containing the Layer and the location of the Layer in the Master. Each Layer is a specific, visible work layer, which is also stored on IPFS. Layer has multiple parameters: artist, owner, master, and Layer parameters.

Each layer of “First Supper” has independent ownership and control. The Master and 22 Layers are tokenized on Ethereum, that is to say, the “First Supper” has a total of 1 Master NFT and 22 different Layer NFTs, which is created by 13 artists (Shortcut, Josie, blackboxdotart, mlibty, Vansdesign, Alotta Money, TwistedVacancy, coldie, Hackatao, XCOPY, MattKane, Rutger van der Tas, ConnieDigital). On each Layer page, the names of the artist and the patron are displayed parallelly, and the Layer Token owner can change the Layer settings at any time. However, due to the technical limitations, the variable options of the “First Supper” Layer are not open. The Layer artist presets limited variable parameters for each Layer, such as adjusting color, rotation, and visual content. In the future, with the development of blockchain technology, new programmable crypto artworks can support user-defined Layer settings, which will greatly enhance the artistic expression of artworks.

The layer interface of Layer “The Three Graces” of “First Supper” , created by the famous digital artist group Hackatao .

“First Supper” is the first attempt of multi-person collaborative programmable crypto artwork. Although there are still many limitations, it has been proved that when the smart contract on the blockchain becomes a new carrier for art creation, the process of art creation can be greatly extended in space and time, and the essence of art will be redefined. From the perspective of art history, the historical importance of “First Supper” is equivalent to Duchamp’s “Fountain” (see below).

Marcel Duchamp’s “Fountain” (in fact, a ceramic urinal bought in the market), 1917

Known as “the patron saint of modern art”, Duchamp pulled the artist out of the heavy standards of manual work by artisans. He proposed that artists can create art through ideas. In Duchamp’s autobiography, he believes that every breath he takes is art, which has brought tremendous changes to contemporary art. In 1917, Duchamp redefined the connotation and extension of art with the shocking work “Fountain”, aroused the whole society’s big debate about what art is and why, and became an important cornerstone of modern art thinking. It is the direct source of pop art of Andy Warhol, Banksy, KAWS and Takashi Murakami, and pop art is now the main expression style of crypto art. From this perspective, there is a spiritual dialogue spanning a century between “First Supper” and “Fountain”.

Programmable cryptoart not only breaks the absolute boundaries between art creators, audiences, and patrons, but also unprecedentedly expanded the depth and boundaries of artistic expression and ideological connotation. In the work “First Supper”, the patron holding the layer token can change the visual element of the work at any time, which allows the patron not only to talk to his ego reflected by the artistic essence of the work, to express the unspeakable emotional experience in the visual art context of the work, Moreover, the social participation and immediate expressiveness of programmable cryptoart have also broken through the limitations of the work itself, allowing the patron to re-express their rational thinking and emotional impulse to the outside world in the form of artistic vocabulary at any time in the work, which gives the art a rare presentness.

Chinese artist Liu Jiaying’s work “Red and Blue” (see picture below) released 100 gradients from red to blue through Ethereum and held a year-long auction. The audience can use 0.01ETH (about 2 US dollars) to auction their favorite color blocks. The artist Liu Jiaying did not tell the meaning of each color block in advance, but chose to wait for one year and observe the value distribution of these color blocks. Programmable cryptoart such as “First Supper” and “Red and Blue” have transformed the role of the artist from a creator to a curator, providing Token holders with free creation space within certain expression norms and themes, cryptoart works are essentially sublimated into a creative context, in which Token holders talk to themselves, to other patrons, to audiences, and to artists, in a visual art vocabulary.

Programmable cryptoart is destined to become a watershed in art history, because of this new form of expression and the cultural connotation behind it overthrows the artistic feudal system carefully constructed by the cultural world. Before, the interpretation power of art was controlled by the Platonic philosophers, whether it was Cezanne, Matisse, Kandinsky, Picasso, or Duchamp, Sol Lewitt, Joseph Beuys, Andy Warhol and Yayoi Kusama, they are either elite artists or elite theorists. The audience and the wider public here are obscured and have no chance to speak, only in an objective status to be ruled and educated. For the first time, cryptoart has made the interpretation power of art transfer from the hands of artists to any audiences and patrons holding tokens. This is a great practice of decentralization of art philosophy.

The creation of programmable cryptoart is itself an affirmative movement of art, breaking the monopoly of artists on the power of creation, interpretation and social influence in traditional art creation, calling it a revolution demanding cultural democracy in the art world, and it does not seem far-fetched. Thanks to blockchain technology, the famous German modern artist Joseph Beuys’s slogan “Everyone is an artist” is no longer a domineering gesture, but it has truly become the enlightenment voice of the public to claim rights from the artistic ideal state. This voice gradually matured from the evolution of Duchamp’s Dadaism in the early 20th century to Pop Art by Andy Warhol to graffiti art of Banksy in 21st century, and Blockchain technology makes this kind of voice really have a achievable productivity foundation, and the programmable cryptoart is the final response to this voice, as Picasso said, “Art does not evolve by itself, the ideas of people change and with them their mode of expression.”